This month I managed to read 18 books, which I’m rather proud of. Admittedly, it’s largely because most of them are graphic novels, but still.

An absolutely adorable and hilarious read. The illustrations and story alike are beautiful, with the characters so vibrant and full of sass. 100% recommend for all ages.

Note: There are a few continuity errors but that is because it was originally published as a series of daily comics.

Unicorn on a Roll (Phoebe and Her Unicorn #2)

Another brilliant and hilarious instalment to this series. I loved every minute of it, including times when I literally laughed out loud. Phoebe’s relationship with her parents is also fantastic and very real.

The introduction from Lauren Faust was excellent and hit on some great points.

Phoebe and her Unicorn is definitely a new favourite series of mine.

Unicorn vs. Goblins (Phoebe and Her Unicorn #3)

Another fun and adorable adventure.

A solid read, I feel like I’ll appreciate this a lot more once I’ve read the next instalments as this one was so short.

Damn. Though not cannon, this is an epic story arc. Though part of the overall franchise, it definitely stands on it’s own.

A heck of a lot happens within this single compendium and I’m here for it. The characters are compelling, the plot intriguing and twists surprising. It also has some pretty awesome, complicated female characters which is great.

I’m so glad I picked it up and definitely recommend it to any Star Wars fan – even those with perhaps passing interests.

Note: The cover is irritatingly misleading as the characters depicted are very minor and hold little relevance for the story as a whole.

Unicorn Crossing (Phoebe and Her Unicorn #5)

The Magic Storm (Phoebe and Her Unicorn #6)

Probably my favourite of the series so far, The Magic Storm is a fun read with great messages about family, friendships, platonic relationships and acceptance. It features real, relatable characters whom you can’t help but love and brings magic into everyday life. Additionally, the artwork is fantastic.

Very cute but a bit of a disappointment. This is likely because I grew up with the animated version which is slightly different (and better). Also, there’s no Tigger! Furthermore, I found some elements to be slightly problematic (see Rabbit, chapter seven).

This was a re-read for me.

Marketed as Harry Potter cross Narnia, Akarnae is the first in an easy to read fantasy series by an Australian author.

Featuring a strong focus on friendship, great characters, a sentient library, a boarding school for the gifted in a parallel world, adventure and magic, Akarnae is a definite favourite of mine.

This was another re-read for me.

So many feelings… Raelia is even better than Akarnae, stepping things up to the next level on many accounts.

Everything was amazing, and I especially loved getting to know the new characters – particularly Kaiden and Declan – in addition to our favourites.

Suffice to say, I’m beyond glad that I am able to immediately pick up Draekora.

I am not okay. This book… this book. Draekora is everything I hoped for and far, far more. Everything is completely turned on it’s head and it is glorious. There’s one character who ripped my heart out (okay, three, but one’s a dragon so what can you expect?) and it was glorious. Also, did I mention dragons? Well, draekons. Lynette’s books just keep getting better, and I can’t wait for the next one to completely destroy me…

Though it took me a while to get into this book, Yellow was a very interesting read with flawed characters, real issues, overarching themes and an ability to draw tears from my eyes. At its heart, Yellow is about growing up, dealing with strife, friendship, identity and the unreliable nature of truth. There is also a lot of character development in multiple fronts, which is great.

I found it a really interesting look at small town life in Australia. It also does a really great job at paying homage to teachers and libraries.

I’d recommend going in knowing as little as you can and letting the story pan out with no particular expectations.

I will also note that the ending was excellent and really worked for the book – it’s definitely one of the best that I’ve read.

Trigger warnings for and mentions of alcoholism, bullying, parental separation, cheating, drug use, depression and suicide.

Another great instalment for The Medoran Chronicles, Graevale features great character development, swift plot movement and unexpected twists. It was engaging and I read it in a single sitting. These characters are amazing and I can’t wait for the rest of the series.

A fun read and a great introduction to Batgirl. I especially loved the last part with Poison Ivy and Frankie seems pretty awesome. I also loved how female-centric it was. I can’t wait to read the rest of these.

After the events of Civil War II, I wasn’t sure how I was going to like this instalment but it was absolutely fantastic.

Probably my favourite Ms. Marvel comic, Damage per Second is a celebration of friendship, humanity and nerdiness, while also acknowledging and dealing with feelings of loss, loneliness and bullying.

Another great read. I really enjoyed the positive religious overtones, the messages about family, the return of an old friend and the recognition of the need for self-care.

I was not a fan of this book; it just didn’t do it for me. The story and art was fine but I just didn’t care. Also, I felt the ending was unlikely and the romance lacking. It wasn’t great but I hope other people can enjoy it.

How has your January been? Did you read much? Were you at either event that I mentioned? Do you have any New Year’s resolutions?

Please leave a comment down below and feel free to link me your January Wrap-Up or your latest post. 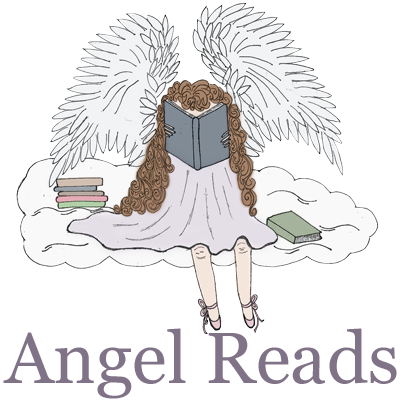